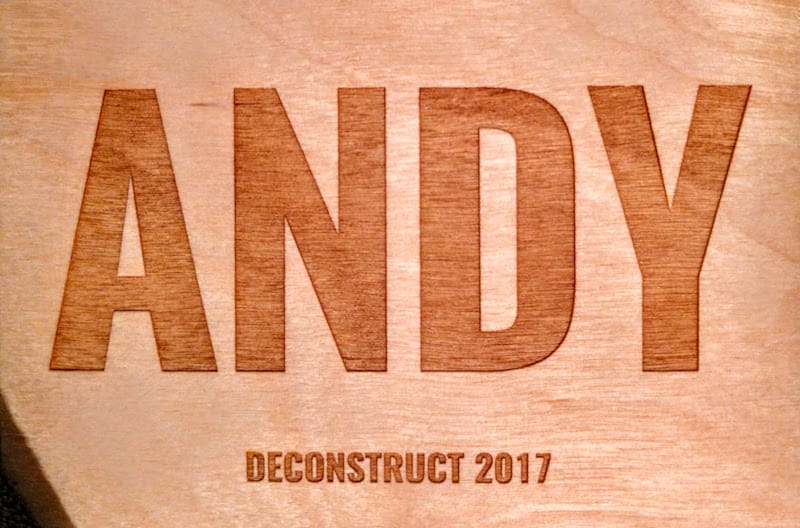 Deconstruct 2017 is over, and I’m still processing a lot of what I heard, but I did want to get a few notes down while the ideas are fresh.

It came up a few times that the software community needs to do better in terms of inclusivity and overcoming the biases that have accumulated. When I hear this I have a very different reaction than I did a few years ago.

My first reaction is to feel the instinctive tension build among the 20-30 year old single white males… which is a large percentage of the audience.

“I haven’t done anything wrong. Stop looking at me like I did something wrong! Why are you accusing me, I’m innocent!!!”

I get it. I understand this reaction. It was my reaction at one point.

Now that I have two growing girls, I have an equal and opposite reaction.

I don’t know how to do this well.

I spent my 20’s and 30’s being somewhat defensive and reactionary about the issue. But now I see how my young girls feed on the stereotypes and identity bias in our society. Kids are especially vulnerable to having their worldview shaped by others. When they are being fed garbage by adults or peers, it’s my job as a father to advocate for them and call it out.

From that point it’s not terribly hard to expand that understanding to other groups that are shaped by similar stereotypes.

It was somewhere in between Jenn Schiffer and David Nolen that a little light bulb went off - I had always thought about it in terms of power.

When I advocate for my kids, it’s not about power. I’m not trading some of my social status to give to them. If I don’t advocate for them, they lose and I lose.

There was a lot of technical stuff at Deconstruct that I’m really excited about, and may talk about soon, but this is the issue that I feel most strongly about.

How do we build stronger communities?